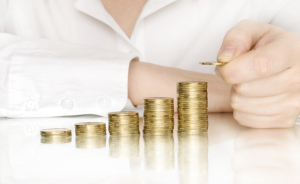 To attain a certain level of performance, the work carried out by the organisation much be supported by adequate structure. As it turns out, many times there are inadequacies of organisational structures so that performance is frustrated. It does not necessarily mean that the organisation is too large, as many critiques suggest – particularly in public organisations, governments and large industries. Rather, the cumbersome performance may result from mere lack in clear definitions of realms of responsibilities or allocation of tasks, or inadequate financial base for the execution of tasks assigned to (at times wrong) personnel.

It is therefore far from being exaggerated to argue that optimal functioning of an organisation depends heavily on the organisational structure. But moreover, since all organisations operate in changing environments and conditions, also their structure require a measure of dynamism and flexibility that would allow them to efficiently adapt to the changing situations within which they operate.

Designing the optimal organisational structure and maintaining its flexibility is an essential task for the management of each organisation. It can well benefit also from contribution of staff members, who actually carry out the organisational work. Having done it many a time, we can assist you in reviewing, analysing and re-design of your organisation and its work procedures’ structure.